The Logic-Based Therapy and Consultation Institute (formerly the Institute of Critical Thinking), a subsidiary of Trace-Wilco Publishers, Inc., was founded in 1985 by Elliot D. Cohen with the mission of further integrating logic and philosophy into REBT.  Originally, its primary activities were clinical research and publication.  In 1992, it joined with NPCA, an affiliate of the American Philosophical Association (APA), and its clinical findings have since been presented at the annual Eastern meetings of the NPCA.  In 2005, it announced plans to begin a certificate program in Logic-Based Therapy (LBT), the product of over two decades of research and development.

To learn more about workshops, primary certification, and LBT resources click on the applicable link below:

To pay or renew your NPCA membership dues, please click the button below. Dues are $35 (plus a $1.50 PayPal transaction fee).

NPCA in Vice: Philosophy as Therapy 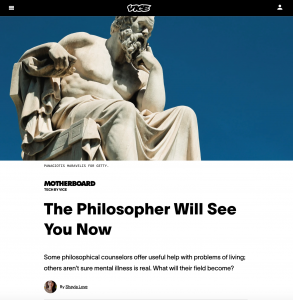 In this video Dr. Cohen examines the logic, phenomenology, and neurology of obsessiveness, and explains how philosophy can change the neural pathways that generate obsessions. Watch here! 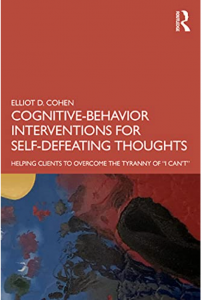 Since its inception in 1992, the NCPA has maintained the complimentary and mutually supportive relationship between philosophical and psychological counseling. Now, NPCA founder and creator of Logic-Based Therapy (LBT), Elliot D. Cohen, has reached an historical milestone in demonstrating this thesis with the publication of his new book from Routledge, Cognitive-Behavioral Interventions for Self-Defeating Beliefs: Helping Clients to Overcome the Tyranny of ‘I Can’t’.  Read more here!

To donate to the NPCA, please click the button below. Please note that a PayPal processing fee of up to 4.8% will be charged to NPCA for all donations received.